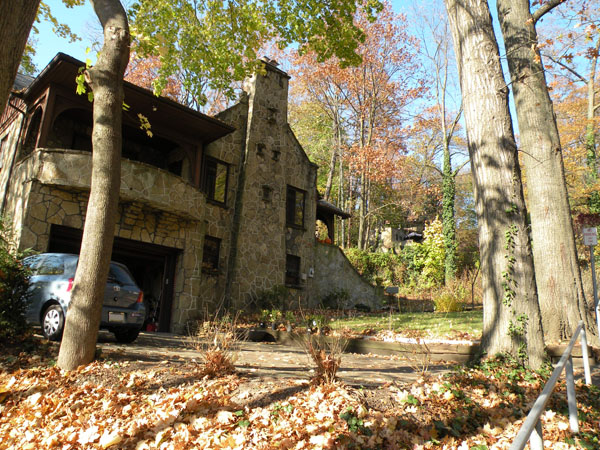 Aspinwall is bordered by Sharpsburg to the west and O’Hara Township to the northwest, north and east. Adjacent to Aspinwall across the Allegheny River to the south are the Pittsburgh neighborhoods of Highland Park and the southern section of Lincoln-Lemington-Belmar.

In the mid-1880s, the area which is now Aspinwall was primarily owned by the descendants of James Ross, but as the steel industry was thriving in Pittsburgh, Henry Warner, superintendent of the Allegheny County Workhouse, had the idea of creating a residential community along the bank of a river.

Warner traveled to New York to discuss the idea with Annie Aspinwall. He purchased 155 acres (0.63 km2) of land from her and formed the Aspinwall Land Company in 1890. Pittsburghers, mostly from the upper-middle class, purchased lots from the 60 available home sites. By 1890, the town had 400 residents, most of whom were young couples with children. The existing government of O’Hara Township was having difficulty providing services to the rapidly growing area and, in 1892, 40 residents of the new community signed a petition requesting incorporation as “The Borough of Aspinwall, a self-governing unit.”[6]

Aspinwall was officially incorporated as a borough on December 28, 1892, from O’Hara Township.[7]

Aspinwall was served by Pittsburgh Railways streetcar service 94 Aspinwall from c.1910 until November 12, 1960, when the service was discontinued on the closure of the 62nd Street Sharpsburg Bridge. This was replaced by the Senator Robert D. Fleming Bridge which did not have streetcar tracks.[8]

From 1893 to 1905, Aspinwall developed in three phases, beginning with the area closest to the Allegheny River. On September 25, 1905, a group of Aspinwall residents purchased 200 acres (0.81 km2) from the Delafield Plan and annexed this additional land to the borough.

Early recreational facilities in the borough included tennis courts and water fountains. During World War I, the Patriots Committee of Aspinwall purchased wristwatches from a watch factory in Canton, Ohio, which they presented to the approximately 164 Aspinwall men entering the service. Aspinwall held their own victory parade and memorial service for the soldiers of their borough.[6]

The Aspinwall Police Department (2400 units) is the primary law enforcement agency in the borough. The police station is located within the municipal building on Commercial Ave in the business district.

Fire suppression and rescue services are provided by the Aspinwall Volunteer Fire Department (Station 102) from two fire stations. The department’s main station is located within the municipal building with the entrance being located on 1st St. The substation is located on 12th St at the intersection with Center Ave.

Emergency medical services for the borough are provided by Foxwall EMS (Station 140). Foxwall EMS is headquartered on Squaw Run Rd in Fox Chapel. Foxwall also has two bicycles equipped with medical supplies which are used to provide quick response services in the lower portion of the borough.