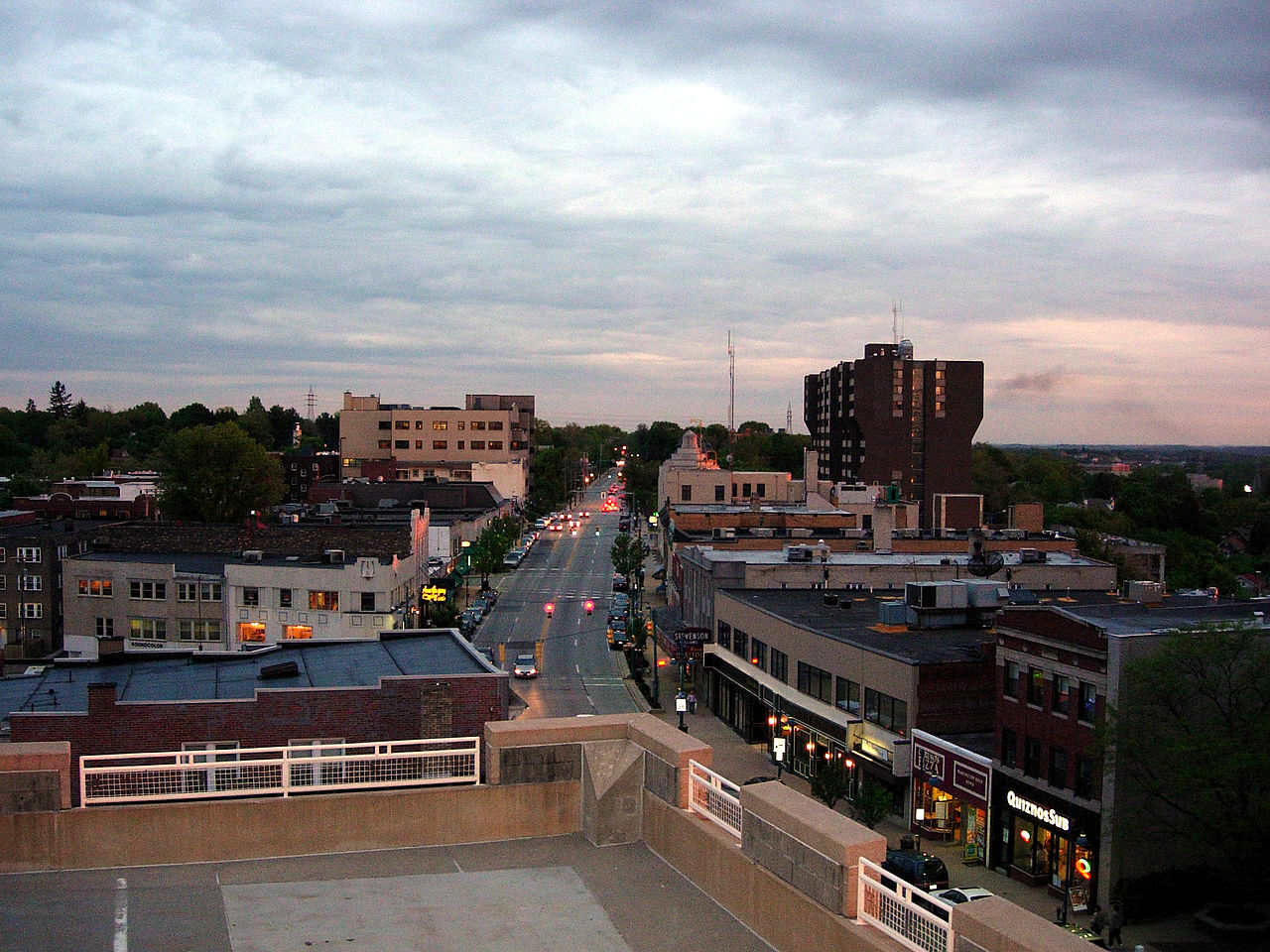 Mt. Lebanon is a township with home rule status in Allegheny County, Pennsylvania, United States. The population was 33,137 at the 2010 census. It is a suburb of Pittsburgh.

Established in 1912 as Mount Lebanon, the township was a farming community. With the arrival of the first streetcar lines and the development of the first real estate subdivision, both in 1901, it became a streetcar suburb, offering residents the ability to commute to Downtown Pittsburgh.[4] Further, the opening of the Liberty Tunnel in 1924 allowed easy automobile access to Pittsburgh. In 1975, the renamed Mt. Lebanon adopted one of the first home rule charters in Pennsylvania.[5][6]

The first settlers arrived in 1773–1774, having purchased the land from the descendants of William Penn; other pioneers soon bought land from the state government.

In 1912, Mount Lebanon Township was incorporated as a “First Class Township” under Pennsylvania state law. It had formerly been a part of Scott Township, which in turn traces its origins to the long-defunct St. Clair Township. Mount Lebanon was not named for two Cedar of Lebanon trees that were planted in 1850 on Washington Road near the top of Bower Hill Road, but was named after the area from which they came, Mount Lebanon, due to the similarities between the two landscapes.[7] Prior to the incorporation of the township, the “Mount Lebanon” name was used for the area of Upper St. Clair Township near the cedar trees. In the 1880s, a post office located near the transplanted cedar trees was named “Mount Lebanon”. Incorporators of neighboring Dormont Borough initially tried to use the “Mount Lebanon” name in 1909, but were opposed by residents of the future Mount Lebanon Township.

In 1928, Mount Lebanon became the first First Class township in Pennsylvania to adopt the council–manager form of government and has had an appointed manager serving as the chief administrative officer since that time.

Mount Lebanon was a farming community until the arrival of streetcar lines, the first line to Pittsburgh opening on July 1, 1901[4] followed by a second in 1924. After the arrival of the streetcar lines, which enabled daily commuting to and from Downtown Pittsburgh, Mount Lebanon became a streetcar suburb, with the first real estate subdivision being laid out in November 1901. Further, the opening of the Liberty Tubes in 1924 allowed easy automobile access to Pittsburgh. Between the 1920 and 1930 censuses, the township’s population skyrocketed from 2,258 to 13,403. Today, Pittsburgh’s mass transit agency, the Port Authority of Allegheny County, or “PATransit,” operates a light rail system whose Red Line, which runs underneath Uptown Mt. Lebanon through the Mt. Lebanon Tunnel, merges with the Blue Line in Pittsburgh’s Mt. Washington section. Mt. Lebanon’s only platform station, Mt. Lebanon Station, is in Uptown Mt. Lebanon; the adjacent Dormont Junction and Castle Shannon stations are in neighboring municipalities. And as of the census[8] of 2000, there were 33,017 people living in Mt. Lebanon.

In 1971, Muhammad Ali attempted to purchase a home in Virginia Manor, but racial discrimination prevented him from doing so.[9] However, some residents have claimed that the rejection was due to the anticipated publicity and crowds which would result from the sale of the property to Ali.

On May 21, 1974, the electorate approved a Home Rule Charter, which took effect on January 1, 1975;[5] as such, the community is no longer governed under the provisions of the Pennsylvania Township Code. Mount Lebanon became one of the first municipalities in Pennsylvania to adopt a home rule charter.[6] In the charter, the official name of the municipality became Mt. Lebanon, Pennsylvania; the word “Mount” is abbreviated in all government documents, although the U.S. Postal Service continues to use “Mount.”

Mt. Lebanon is a highly affluent suburb of Pittsburgh 7 miles (11 km) south of the city’s downtown. There are two small borders with Pittsburgh neighborhoods to the northeast (Brookline) and north (Banksville). The remainder of the northeast border is with the borough of Dormont. The entire western border is with Scott Township.

To the south are the two towns which, due to their comparable size and affluence, are most often compared with Mt. Lebanon: Upper St. Clair to the southwest and Bethel Park to the southeast. To the east is Castle Shannon, and finally, to the east-northeast is Baldwin Township (not to be confused with the Borough of Baldwin).

There are sizable business districts along the borders with Upper St. Clair and Castle Shannon, as well.

The Mt. Lebanon government takes the form of a commission, made up of 5 commissioners – one from each of Mt. Lebanon’s 5 wards.